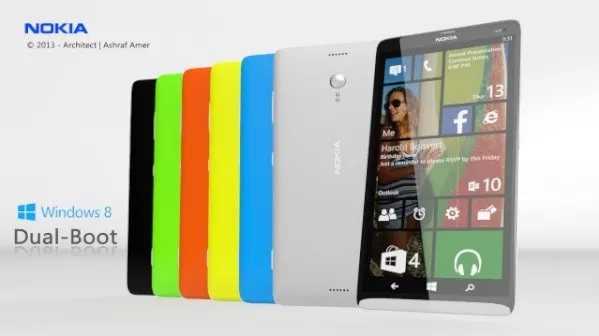 The idea for the concept of the phone will run out because everyone likes to see how far these ideas can go. One concept of the latest mobile phones for the future of smartphone Nokia has launched and made us feel excited.

Following the acquisition of Nokia and Siemens on April 15, we expect to see the next generation smartphone from Nokia, which used to be the largest mobile phone manufacturer in the world. On the main site of Nokia, the company emphasizes: "The combined company will be uniquely positioned to create the basis seamless connectivity for people and things no matter where they are located.

The concept of mobile phones varies from realistic sampat utopian idea. This concept for the next Nokia smartphone, which is owned by Ashraf Amer, called Nokia Power Ranger. Here we give you some overview and futuristic specifications which will come from a box next Nokia smartphone. 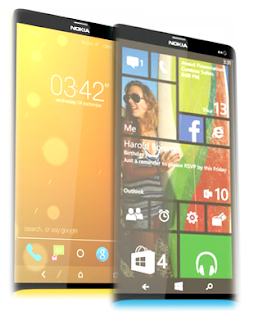 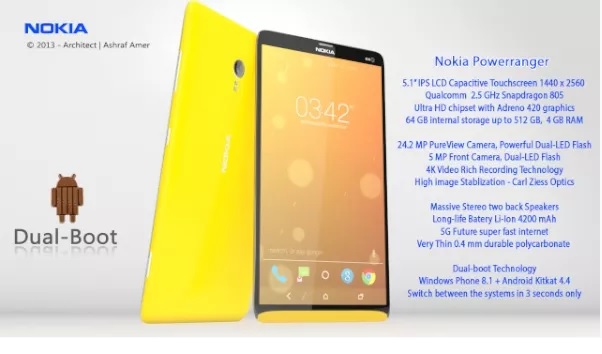 Nokia Power Ranger improve both operating systems on the Window Phone 8.1 and Android 4.4. Spur power of this phone is posesor speed 2.5 GHz snapdragon 805, which deal with Adreno 420 graphics. 2K 5.1 display screen (2560 1440 pixels) in nearly all parts of the front of the device.

Furthermore, this upcoming smartphone also offers powerful 4GB RAM and internal storage up to 512 GB (a figure which is surprising). If indeed 512 GB of internal storage, we nDo you do not need a memory card slot again. With a very large imagination, desaneri provide handet camera with a resolution of 24.2 MP, while the front camera is only 5 MP (!!).

Unlike previous smartphones produced by Nokia, Nokia Power Ranger Concept is designed with a polycarbonate body and a super thin bezel.

Are you excited by the concept of the Power Ranger? However, the price of the Nokia Power Ranger still a mystery. We do not know about the launch date of Nokia Power Ranger in Indonesia and around the world as well. Will the company launched right handset like this concept?