A Discourse Behind The word "Green Traveler" 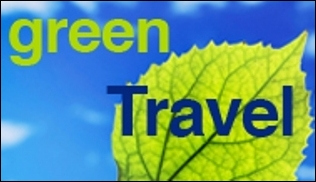 Yup!this time arguably deepen knowledge of how is so green traveler it was possible article that I quoted from The-Travelist.com can give a general explanation to the newbie traveler"Today already many are echoing the words green, a lot of things that diembel embroider the word, until one day it will be reduced word meaning," said Green Traveler Ferzya initiate discussions in the area of ​​Borobudur Temple.Dated October 21, 2012 yesterday, Travelist represented by the Editor in Chief us, the opportunity to become speaker in #SolarizingBorobudur event organized by Greenpeace Indonesia. A series of events from the 13th until the oath of youth was held to campaign for resource use electricity using solar power and wind power."But whether it's green traveler? if only by cycling and going nowhere referred to as a green traveler ?, "added the woman who wears a veil of gray that day. He also started the discussion by explaining the meaning of green traveler. That is actually green traveler it is the respect to the local culture and do something for the place where we walk. 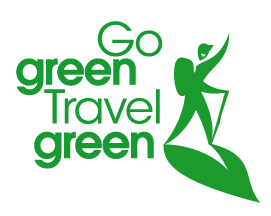 Be a green traveler is not a difficult thing, some people even do it unconsciously. Green traveler is not only to use bicycles or walk, although it is also included in the category. But, more than that, the use of local vehicles believed to be able to raise the welfare of the population, giving economic revenue and gives us a chance to get to know the local people. Is not it lonely planet, the best guides are locals traveling?Some people are usually happy carrying a large bag, walking around with his backpack. It is normal that we travel far, but there are many things to be considered. One of them is the calculation of the goods to be carried, the more selective the goods carried, the better. Selective tablets, meaning that goods carried must be able to accommodate (some) of our needs and how important the goods were to be taken. This ga only useful for lightening the bag but also for the environment. For example, with a sarong / bali fabric piece we've been able to use it as towels, blankets, scarves, hoods, skirts, and others depending on the creativity and great we just need a little detergent to wash

The use of plastic also begin to be reduced. Never count ga, how much plastic we produce when purchasing logistics streets? Went to a mini market / grocery shop, buy mineral water, a few snacks and sweets? Then coupled with a plastic bag to mewadahinya. How tuh ?. Begin we buy a tumblr / bottle that can be refilled and for short trips, try to bring lunch from home. It's hard to change the pattern of life that used to use plastic, but if we can not do this pattern. Difficult at the beginning, safe end.OK, and then after all this preparation and arrived at the place, start with a local melt. Follow the rhythm of them well, respect the culture and do not judge the activities that we do not know. Some people have railed culture Lamarera population (NTT) that kill the pope, saying that it was not good, but do they know the meaning behind it? How that is done? It is to be instilled in while somewhere. Do not let us unfamiliar local culture considers to be 'foreign'. We do not want it changed a lot of places like Bali today that the original indigenous culture increasingly eroded.

Know the impact and reduce it. For walkers, the information somewhere or activities that will be carried out as much as possible are well known. That our arrival somewhere or activities that we do certainly have an impact. For instance snorkeling activities, see the coral and fish are amusing themselves often make unconscious that we use fin has broken another reef, ups but it really happened. Whether as walkers we think of these things?Many walkers are now traveling due to the influence of the media. Diverse distributed free photos on Facebook, Twitter, Instagram, or Path. Began vying to come to a certain place at a low cost. Up there, then what ?. Do come, photographs and spread on the online media alone? showed that tourist places in Indonesia that wonderful? Then we go, leave litter, and because of our photo spread causing more and more people are leaving garbage? It's been no time anymore we walk just to see somewhere. More than that, we come to do something. One way, to volunteer a good show. Make definite reason why we have to come to a place, not just the streets. Difficult? Well, what if after sightseeing, we wrote about the place with a draw and not only the beauty, but the 'what' behind it. Write the draw, also contributed. 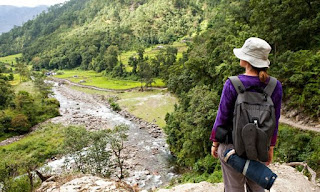 So many things you can do to be a green pedestrian traveler, if not then it's time.